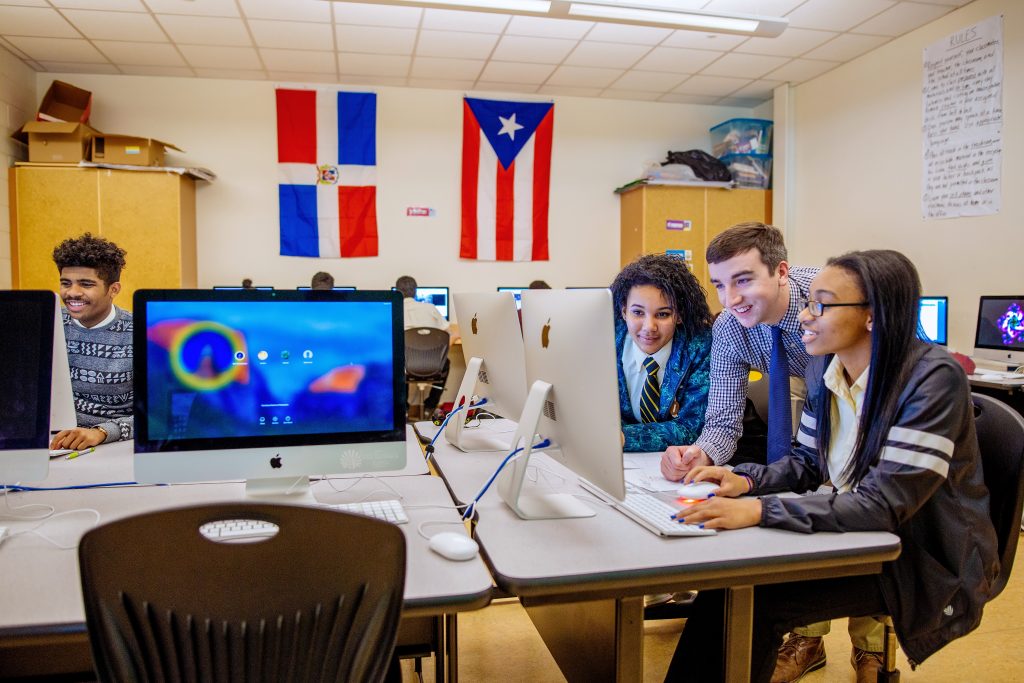 The study of World Languages can foster the ability of students to communicate and interact with people in the target language, while improving their understanding, and sensitivity, to cultural similarities and differences. The Philadelphia School District’s World Languages curriculum engages students to develop an appreciation of cultural difference, and to succeed in a competitive global community. Fundamentals in world languages help students improve critical thinking and problem solving skills, and participate in local, national and world communities.

Philadelphia District students are instructed in four stages of language learning and proficiency. Stages One and Two provide the content and performance indicators for introduction of a target language. Stages Three and Four are included to provide students with the opportunity to further their language knowledge and proficiency. Courses cover communication in a target language and in a classical world language, including the role of culture in world and classical language acquisition. Students are also taught about the role world and classical languages in their community.