On June 30, the Board will reconvene the June 23 Action Meeting at 3 p.m. followed by a Public Hearing. The public may attend in person or view the meeting & hearing live here.

Read an update from Dr. Watlington HERE.
Share your thoughts and ideas about our School District with him HERE, and review his 100 Day Priorities HERE.

Relationships First: Restorative Justice-Practices at the School District of Philadelphia 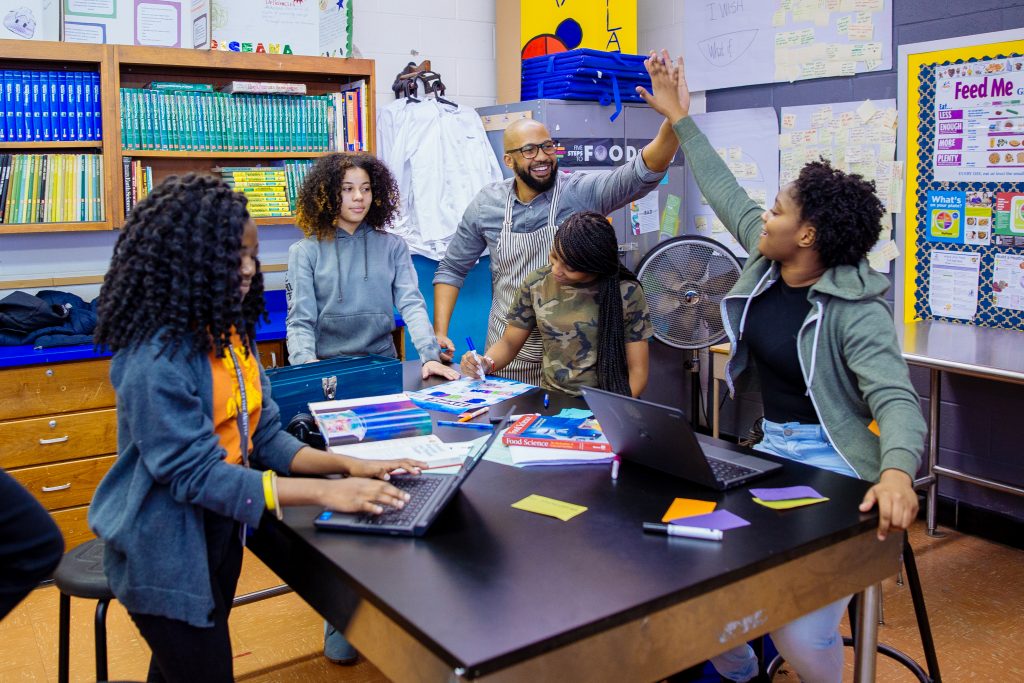 What is Relationships First?

Relationships First is a restorative justice-practices philosophy that emphasises the importance of positive, authentic human connection and its link to both academic success and social-emotional learning. RF is aligned to the three-tiered MTSS/RTII framework:

RF youth leaders can be trained to support, facilitate, and plan circles across all three tiers.

Where Does RF Come From?

RF is based on the indigineous circle work of many indiginous groups, most notably the Maori of New Zealand. RF is also based on the restorative justice MTSS model of Oakland Unified School District, coordinated by David Yusem and his team of RJ facilitators and supported by Fania Davis and her community organization, RJOY.

RF originally started in Philadelphia in learning network 5, mostly in the Kensington area of the city. Because of its perceived success in a targeted cohort of schools, interest has generated widespread expansion across the city starting in November of 2018. By June of 2020, 88 schools have received training on one or more of the tiers, and over 85 schools are slated to implement some aspect of RF in the 2020-2021 SY.

Story of a School

Juniata Park Academy (JPA) is one of the first schools to adopt RF practices. They are a large K-8 school of over a thousand students in North Philly. They began implementation in their middle-years classes (5th-8th grade), using community-building circles once per week to build strong relationships between peers and staff members. They also trained youth leaders to help plan and facilitate these circles.

JPA’s discipline data indicates that RF harm & healing circles are an incredibly effective alternative to suspension. As SDP continues to move away from punitive discipline, strong, community-embraced alternatives to suspension, such as harm & healing circles, will be essential in implementing restorative discipline policies, procedures, and structures within schools. It’s the tier I work, the community-building work, though, that is the backbone of restorative discipline, preventing suspensions, truancy, conflict, and ODRs through proactive, intentional relationship-building processes and activities.