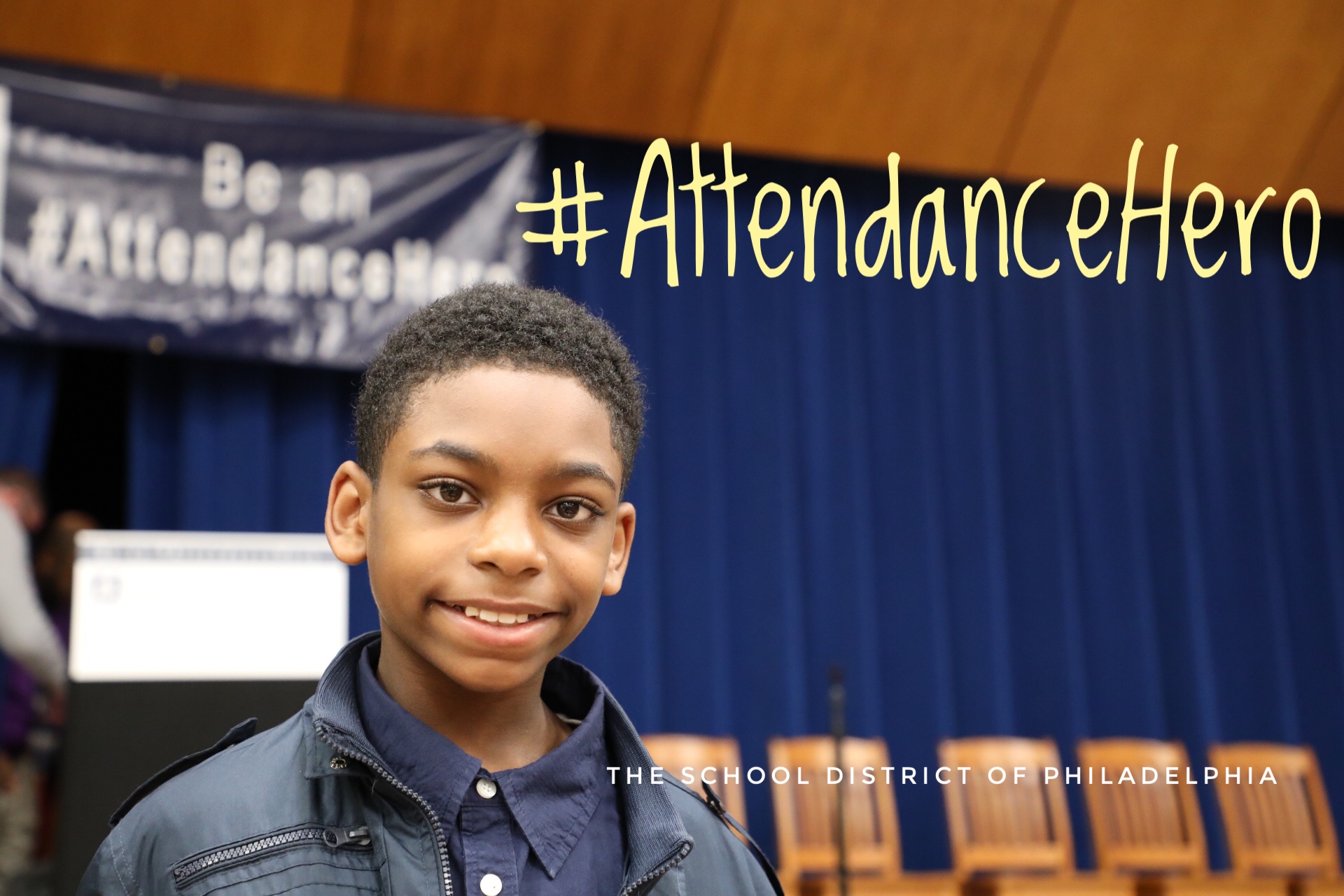 Research has shown that students who miss more than two school days in September are more likely to be chronically absent throughout the school year. In addition, chronic absence by the middle grades is one of the leading indicators that a student will drop out of high school.

At the event, Dr. Hite honored Zydeek Perez from Hartranft School with the District’s first-ever #AttendanceHero award. Zydeek, a fifth grader, has had perfect attendance since first grade. 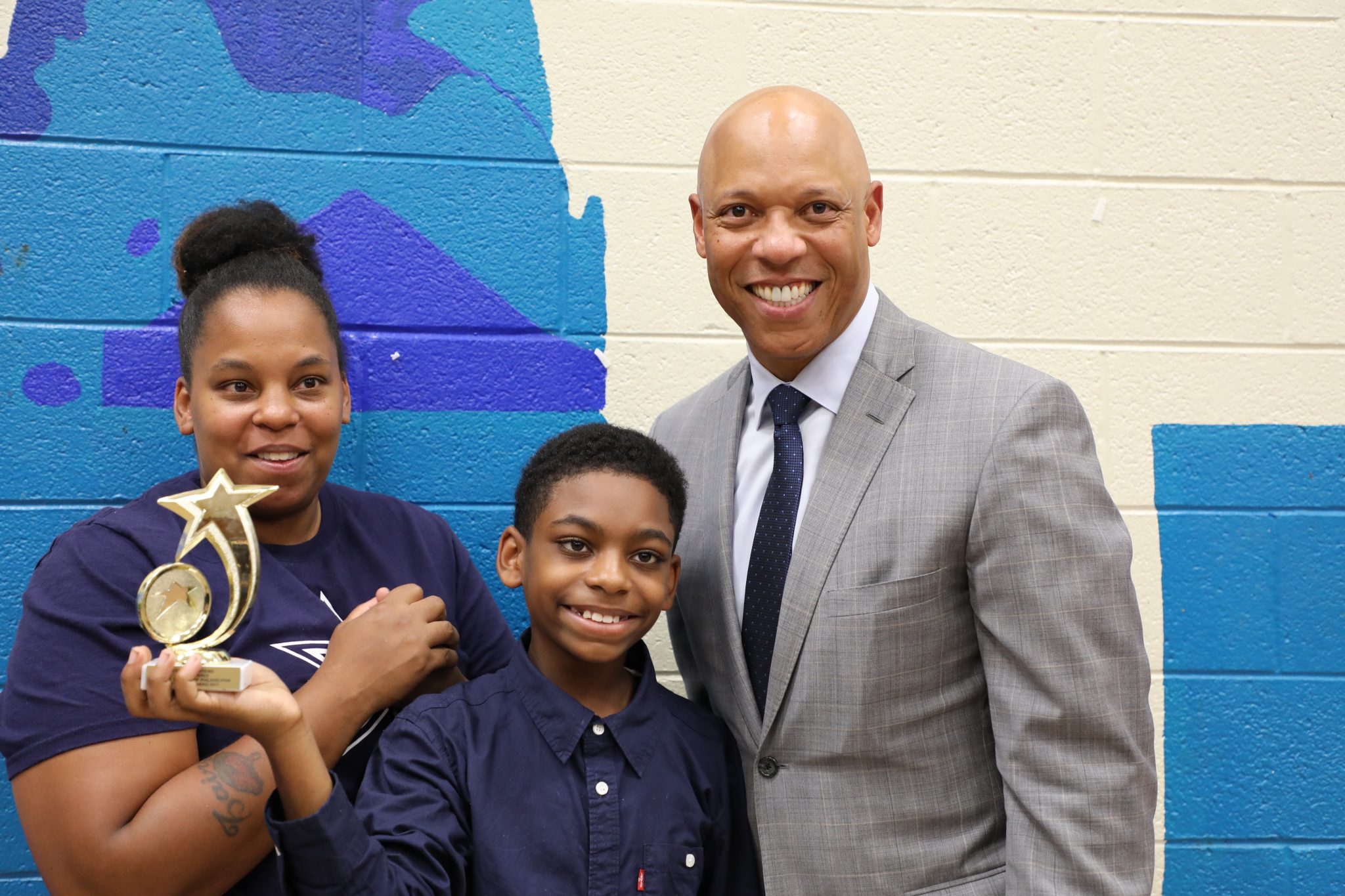 Zydeek Perez with his mom and Dr. Hite.

“Zydeek’s commitment to his education is demonstrated through his perfect attendance record. He serves as a great example to his classmates and to students across the District,” said Dr. Hite.

Dr. Hite, Mayor Kenney and Eagle Brandon Graham recorded robo calls that have been going out to parents and guardians over the last several weeks.

“Making sure our students have the supports they need to attend school each day isn’t only up to our schools. It’s a city-wide effort,” said Mayor Kenney. “When students attend school each day, they are more likely to graduate and make positive contributions to our city. Better school attendance benefits all of us in Philadelphia.”

Hartranft School was one of the most improved schools regarding attendance throughout the District in the 2016-2017 school year. 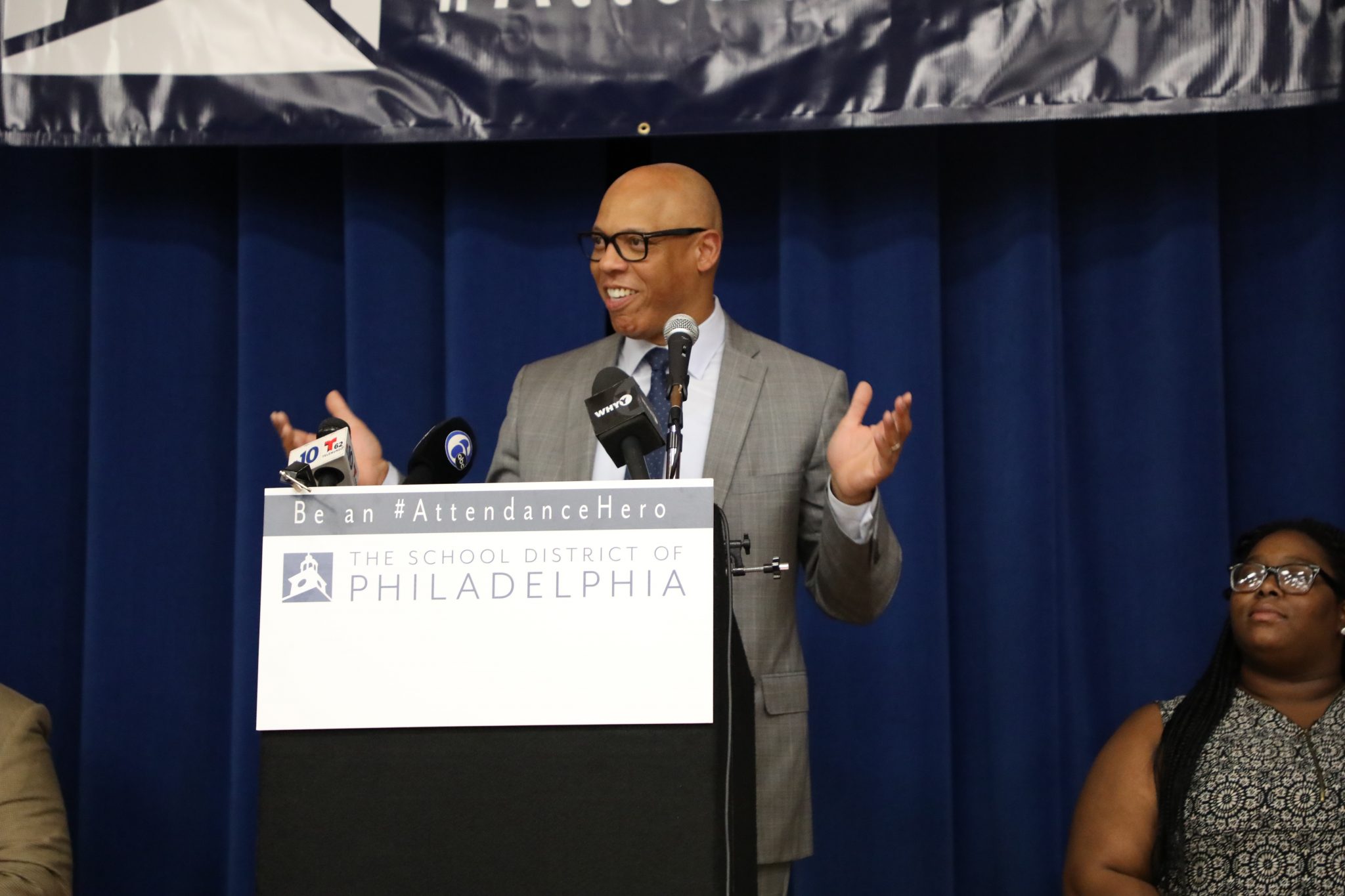 “When children attend school everyday and on time, we know they will be successful in life”, Dr. William R. Hite

“I would credit Hartranft School’s increased attendance with consistent communication with students and parents, school-wide messaging around the importance of attendance, and the implementation of Positive Behavioral Interventions and Supports,” said Principal Jason Lytle.

“We began this school year with great momentum thanks to the hard work of our students, teachers, principals and community members, and we must keep that momentum going by ensuring our children are in school every day, on time and ready to learn,” added Dr. Hite.

In addition, the Philadelphia 76ers continue to offer support at Hartranft School around PBIS and the #AttendanceHero initiative.

School is starting and an important factor in every student’s academic success is attending school. [Radio Station] and the School District of Philadelphia are working to improve school attendance. Students who miss more than two school days in September have a greater chance of being chronically absent the rest of the year. Do your part by making your child, or someone you know, be an attendance hero this year and help them be in school each day, on time, and ready to learn. 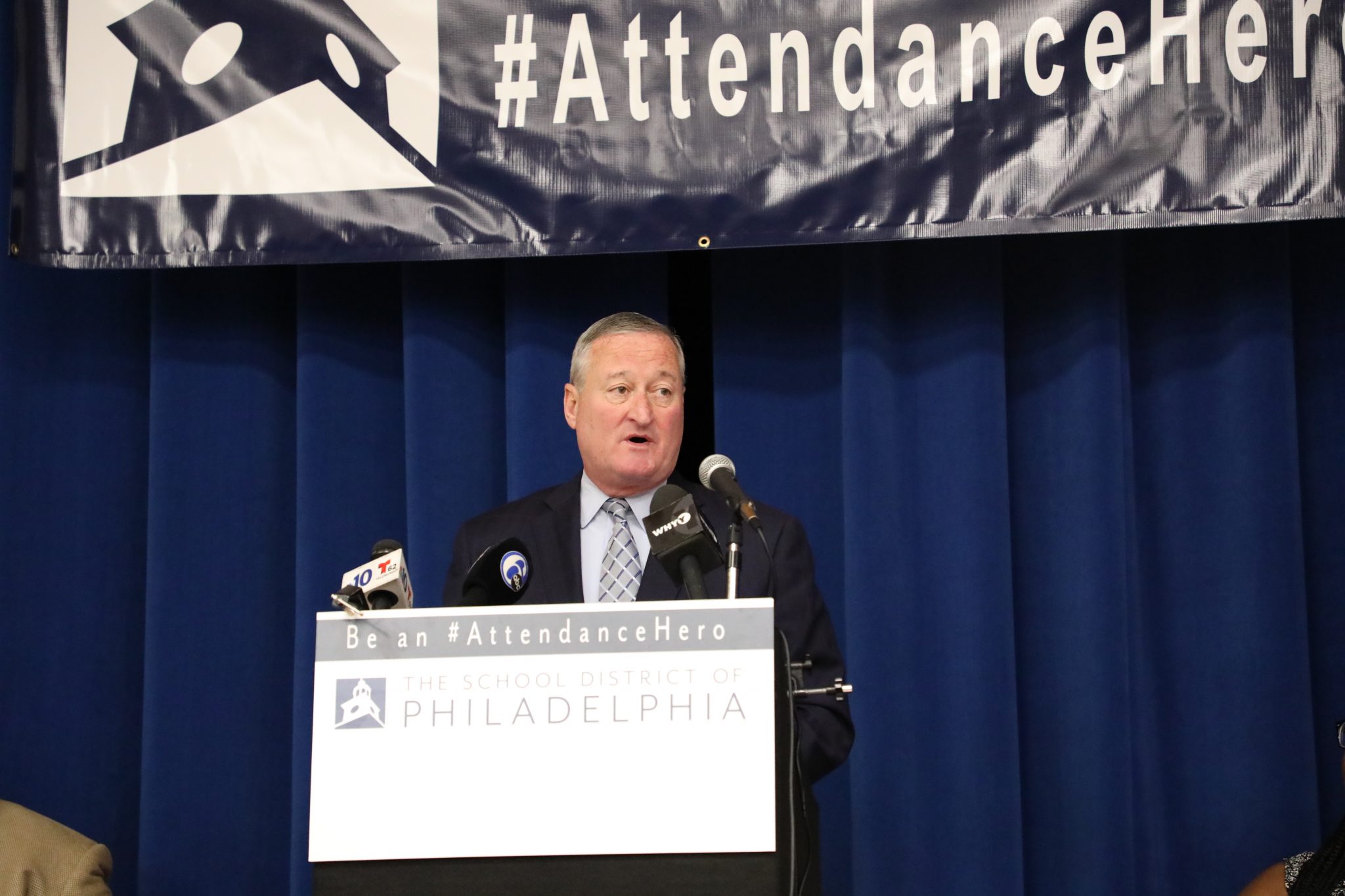 Robo call from the Eagles

School has started and let’s make sure your son or daughter scores a touchdown by attending school every day by being on time, and ready to learn. Hi, this is Brandon Graham of the Philadelphia Eagles and on behalf of the School District of Philadelphia, help your child soar like an Eagle by becoming an Attendance Hero. Remember, attendance matters.

Hi, this is Mayor Jim Kenney. The school year has started and you can help ensure your child is in school, on time and ready to learn. Attendance matters. And is critical to helping children become great readers and reach their full potential. This year help your child be an Attendance Hero and let’s have a great school year together.

View more photos from the #AttendanceHero Press Conference on Facebook: