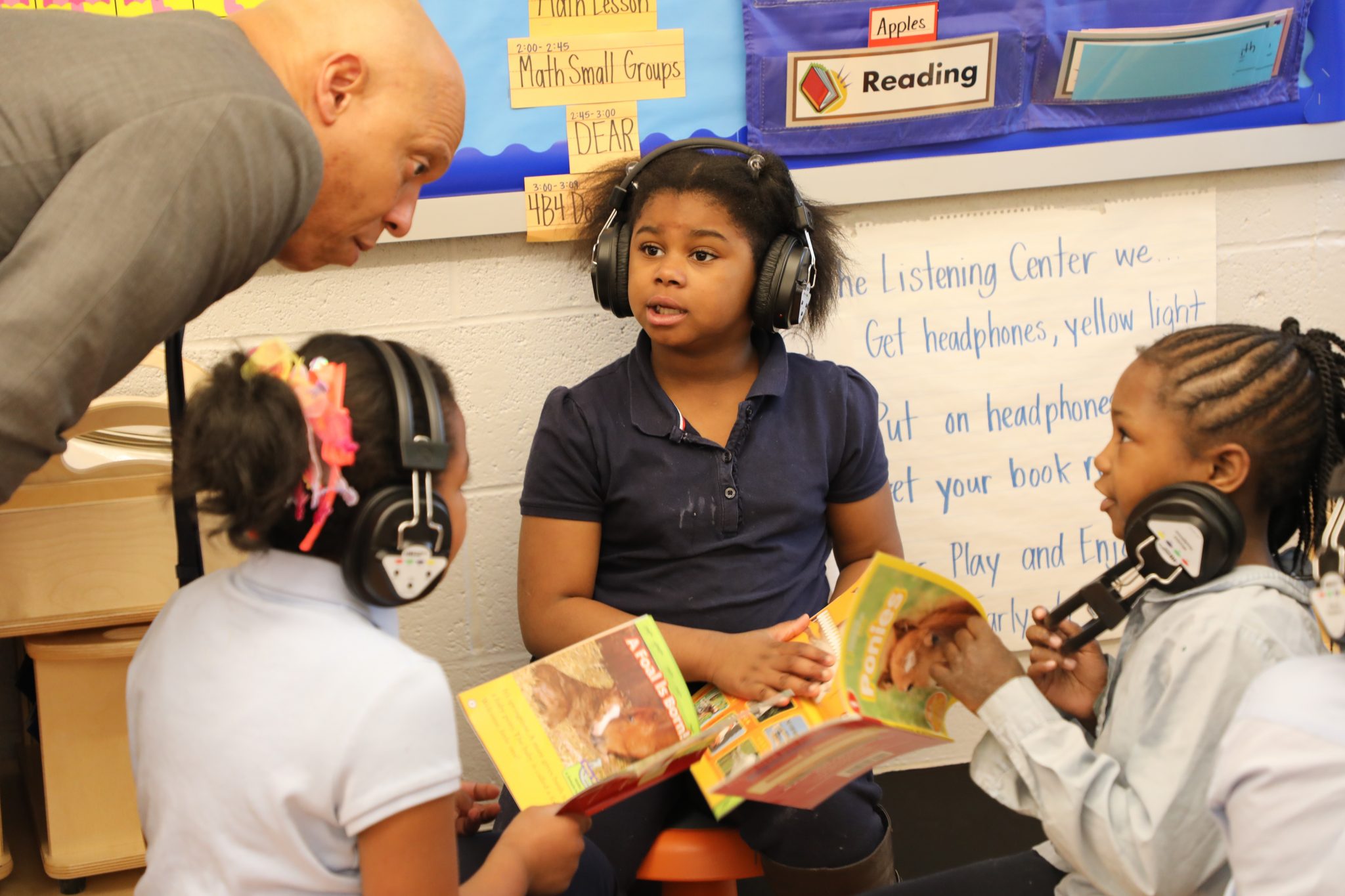 Dr. Hite talks to Locke students about what they are reading.

PHILADELPHIA — The School District of Philadelphia announced the expansion of its early literacy pilot program to provide modernized classrooms and materials to pre-Kindergarten through third grade students at 11 additional schools in the 2018-2019 school year.

The announcement was made in west Philadelphia at Alain Locke Elementary School, one of the eight schools currently participating in the program. Due to its low performance in reading proficiency at the beginning of the year, Locke received supports that schools in the newest cohort of the program can also expect to gain, including: desks, chairs and seating options better suited for students’ age groups; improved lighting, new paint, new cabinets and new closets in classrooms; and new technology and manipulatives in every classroom to support small-group instruction.

“One of our District’s guiding Anchor Goals is that 100 percent of 8-year-olds are reading on or above grade level,” said Dr. William R. Hite, Superintendent of The School District of Philadelphia. “The early literacy pilot program we have introduced not only provides students access to cutting-edge technology and classrooms more conducive to learning, but it also gives our teachers the training and resources they need to better assist our students. We are excited to be able to expand this program to eleven more schools across the city in the coming year.”

During a tour at Locke, Hite and Principal Katherine Carter visited Dara Messing’s first grade classroom, which received upgrades including cutting-edge technology focused on center-based learning. Messing is the only teacher in the District to pilot this technology, which allows her to listen in on several groups of students while providing real-time feedback to reinforce, redirect and highlight certain students when needed.

In addition to Locke, schools that were modernized for this school year include: Stearne, Pennell, Henry C. Lea, Tanner D. Duckrey, Edward Gideon, General George G. Meade and Haverford Learning Center. All teachers participating in the program, including teachers in both current and future cohorts, will receive professional development in the upcoming school year.