Are you ready to #LogOnPHL? Visit our Back-to-School Resource Hub! 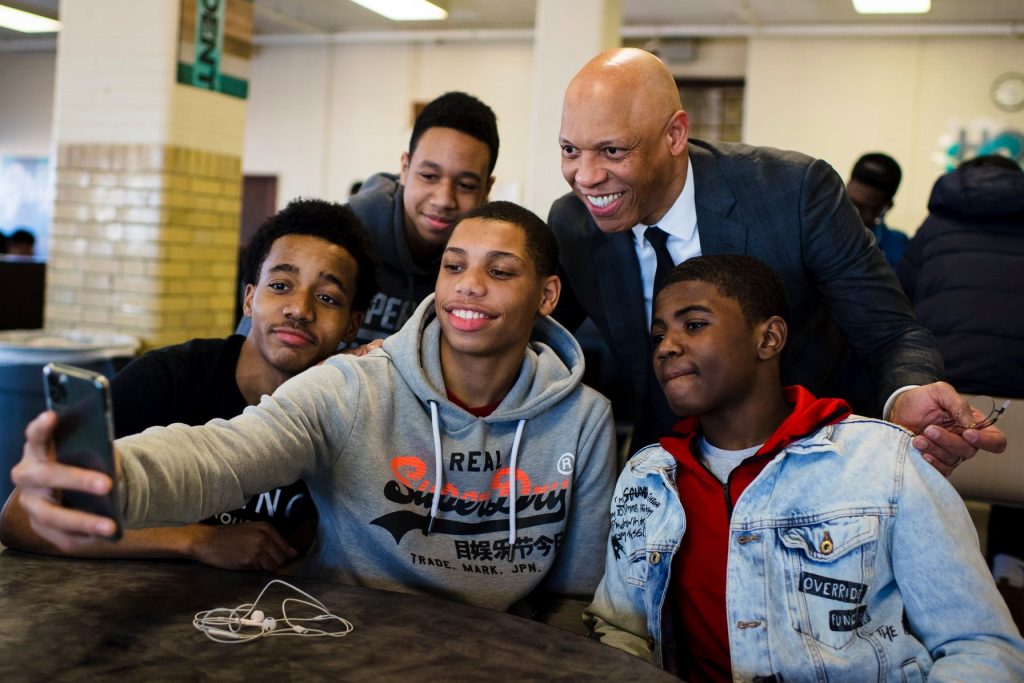 NSFA’s Superintendent of the Year award was created by the National School Foundation Association to recognize the important role played by school superintendents in engaging the community to ensure all students have the resources they need to succeed. Dr. Hite was selected from among 14 distinguished nominees from around the country. His nomination was submitted by The Fund for the School District of Philadelphia.

Toba Cohen-Dunning, MSW, MPA, CEFL, NSFA President and Executive Director of the Omaha Public Schools Foundation, Omaha, NE, observed, “Dr. Hite exemplifies the ideal characteristics of a superintendent who creates an environment where an education foundation can flourish. In fact, we noted in his nomination package that the Fund for the School District of Philadelphia would not exist if not for Dr. Hite. He persuaded the board to change the name to reflect that the Fund works on behalf of the School District. In addition, he wanted the Fund to serve as the development arm for the District. That is the kind of collaborative relationship that this award was designed to recognize.”

With more than 200,000 students and 19,000 staff, the School District of Philadelphia is the nation’s 8th largest school district. Under Hite’s leadership, tremendous progress has been made, including achieving four consecutive years of growth as measured by the District’s School Progress Report, the opening of innovative high schools, expanding successful school models, and regaining financial stability. Since implementing Action Plan 3.0 in 2014, Dr. Hite’s administration has also:

Donna Frisby-Greenwood, president and chief executive officer of The Fund for the School District of Philadelphia (The Fund), believes Hite’s leadership has played a key role in helping individuals and organizations understand the importance of investing in Philadelphia schools and, ultimately, investing in the future of the children throughout the city.

“Dr. Hite has a demonstrated track record of educational excellence and his leadership has yielded results in creating an environment where people realize the role they play in ensuring that all children have access to high-quality public schools,” Frisby-Greenwood said. “It’s exciting to see the positive impact that is made when people come together to help children thrive in school and receive the resources and support they need to excel in college or career upon graduating. And Dr. Hite is very much involved with bringing stakeholders together to benefit our city’s children.”

The NSFA Superintendent of the Year Award is sponsored by National University, a private, nonprofit university in San Diego, CA that provides accessible, achievable higher education to adult learners, Foundant Technologies, provider of the online platform for the award program and DonorsChoose, which is providing a cash award for the School District of Philadelphia.