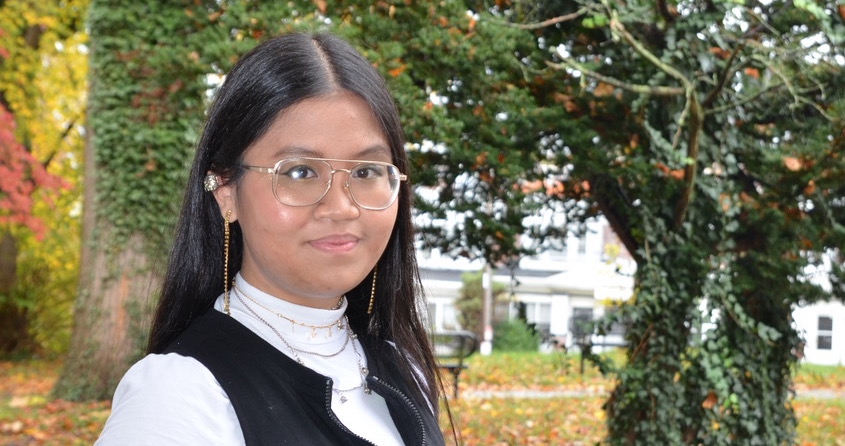 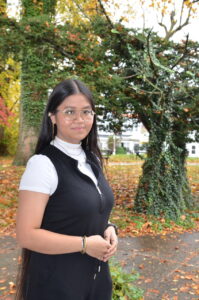 Every once in a while you meet a person who humbles you. Perhaps not at first, but after you speak to them, learn who they are and what they’ve experienced, witness their demeanor and strength – and their own humility – you can’t help but to be humbled yourself. This month, that person was Vy (VEE) Nguyen.

It was clear from the start that Vy was special. With a smile you could see through her mask, she kicked off the conversation with the finesse and confidence of a middle-aged executive. As her story unfolded, the reasons for the polish became clear.

Vy was born in Vietnam, and moved with her parents to the United States when she was just three years old – her parents knew no English and had no idea how to navigate life in the U.S. “It never really got easier,” Vy remembered. “We struggled through everything and somehow made it. I personally take pride in it…put me in any new environment, and I will adapt!” Adapt she did, because she had to. With the help of a cousin, but mostly by watching American television, Vy worked diligently to teach herself English. The struggle was worth it – she was so determined, and learned English so well that to this day she has never taken an ESOL class. And once she cleared that hurdle, she started racing over the rest.

By the time Vy got to Girls’ High, she had already beaten a lot of odds. But high school was a new challenge. Vy admitted that freshman year felt like starting over – a new intimidating environment where she felt like an outsider. And again, like a lot of times in her life, she struggled. But as you would expect from an adapter and survivor, she quickly learned how to thrive. She dove into academics first, assuming that if she could master that, the rest would be manageable. Like she did when learning English, she worked tirelessly, and struggled and fought, and refused to give up until she had mastered it. She became such an excellent student that she was selected for the International Baccalaureate Diploma program – the most rigorous course of study that the School District of Philadelphia offers, made up of the most creative and committed students. “She’s a powerhouse of a student who is constantly in pursuit of growth and learning,” praised Vy’s nominator and teacher Ms. McNamara. “She’s an analytical thinker, dynamic writer and editor, and insightful student and peer mentor. She’s an exemplary student and an even more wonderful person.”

Vy didn’t stop with academics. The way she describes it, being a good student is not the end game, it’s only a means to the end game – becoming an excellent person. “What I really like doing is getting involved where I can to help people,” she explained. “I know what it is like to struggle. When I moved here, I knew nothing and I had nothing. We struggled every day. I think since I know what that’s like, it only makes sense for me to help others not have to struggle so much.” And so as a junior she started Surviving Girls High 101, a club dedicated to helping younger students navigate the vast hallways of Girls High. This was especially helpful to younger students during the pandemic with the shift to virtual learning. The club is supported, and sometimes visited by Girls High teachers, counselors and administrators, who talk to the students about everything from time management and study skills to course selection and SAT prep. Vy humbly states that she just does it because she knows it would have been helpful for her and so she wants others to have the opportunity that she didn’t have.

Vy is also on the executive council of the Girls High Service Club, dedicated to meeting the needs of the community. She has planned and led multiple fundraisers, the most recent of which raised $2,000 for a family in need. During the holidays the Service Club donated over 300 canned goods to Philabundance, gave dozens of toys to St. Christopher’s Children’s Hospital, and provided full holiday meals to seven families in the community. A clothing and hygienic supply drive is currently underway – collections will be donated to a local shelter for young women.

If all that wasn’t enough, in 2021 Vy became a Teen Vaxx Ambassador – partnering with the School District, Children’s Hospital of Philadelphia (CHOP) and students from all over the city to promote the COVID-19 vaccine among teens. “I wasn’t even vaccinated when they invited me, though I am now,” Vy said. “But I jumped at the opportunity because I felt that it was important. The vaccine is a public benefit and the more people who get vaccinated the better off we all are.” Vy quickly rose through the Teen Vaxx ranks and continues to be one of their spokespeople. She has participated in canvasing, held public speaking engagements and recently had the opportunity to go to the White House and personally meet Dr. Anthony Fauci. According to Vy, it was “the experience of a lifetime.”

Vy plans to take her experiences and skills to college next year. It might be Swarthmore where she’s already earned a full scholarship, or it might be University of Pennsylvania, her dream school where she’s also participated in three mentorship programs. No matter where she ends up, she’s going to study biology.

We had the privilege of chatting with Vy after she was selected as Senior of the Month. Here’s more of what she had to say:

“Vy does nothing for recognition or a pat on the back,” said Mr. Marchetti. “She does it for her community and her love of others.” Added Ms. McNamara, “She’s a renaissance woman, but she’s so modest, you’d have to see it to believe it.” Don’t ever change Vy, keep humbling people everywhere you go!