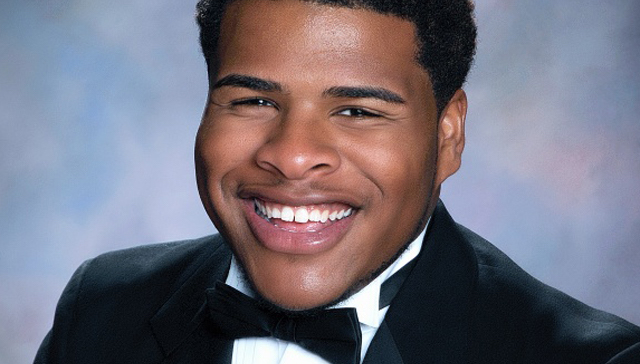 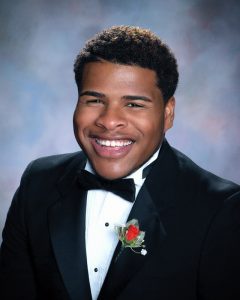 Sometimes life can feel like a series of unfortunate events. Things can be going well and you might finally feel like you’re getting somewhere, then seemingly out of nowhere, an obstacle, misadventure or bad decision. Terrell Bullock-Wallington knows this all too well. His saving grace though has been just that — grace — and a deep faith that something greater than himself, namely Jesus Christ, is looking out for him. “You’ve got to find something to believe in!” Terrell said. “We all have to realize that we can’t do it alone and that faith can help get you through.”

Terrell admits that during high school, he was his own worst enemy at times. It wasn’t that his life was terribly difficult, he says he’s been blessed in a lot of ways. He was given opportunities to lead and mentor, highlighted by his time on the School District’s Student Advisory Board and involvement in City-wide Student Government. But still he was misguided and at times prideful enough to believe he could do it on his own. He sometimes got caught in loops of bad decisions and the resulting consequences. This pattern led to a dangerous habit – presenting himself differently depending on the audience and masking his true self.

“It became a battle between two different people,” Terrell explained. “There’s the leader and mentor – the person I am and want to portray, and then there’s the kid who would rather skip class, make poor decisions and get into trouble.” Publicly, Terrell was the person he wanted to be. Privately, he was struggling.

But Terrell believes that God was working on him the whole time. He believes that he was permitted to make mistakes in order to learn from them and develop a maturity and wisdom that will serve him well in the future. And he believes that there are people in his life now, who were placed there specifically to help him stay consistent with who he was meant to be. Terrell gives most of the credit to his father Robert, who has been his motivation and the guy in his corner throughout his high school career. “He’s been more than a disciplinarian and instructor, he’s been my greatest mentor.” said Terrell. “He’s been hyper involved, he checks in. He gives me his honest opinions without discounting mine. That consistency, though I didn’t always appreciate or welcome it, has been the push I’ve needed to succeed.”

Terrell displays a wisdom beyond his years. Through his experiences, especially the experience of becoming a father in high school, he’s learned the importance of prioritization. “It’s not easy, I haven’t arrived, but ultimately prioritization is about selflessness,” he explained. “It’s about not giving in to wanting to just relax and hang out and deciding to prioritize the work of school and the work of being a parent.” Terrell has learned the value of relationships. He believes he was nominated to share his story because his peers and mentors recognize the premium he puts on maintaining consistent, committed connections with people. He’s also learned the value of saying no. “I give 110% in everything. Saying no, and not being overcommitted, allows me to remain consistent and successful in the things I am committed to.” 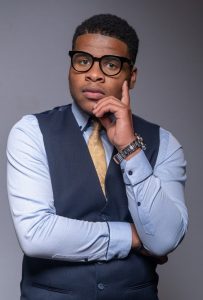 Terrell believes he is called to apply the values of commitment, consistency and grace to the lives of others. So post-high school, after embarking on a spiritual journey with some extended family and mentors down south, he will attend Vous College in Florida to study Biblical Leadership and Creativity. “I believe my vocation is to impact and restore lives, and I hope to do that by becoming a preacher.” Before that though, Terrell will settle into the feeling of graduation. “It’s the symbolism of graduation that is special to me.” he said. “Knowing that I haven’t always deserved it, knowing that at this time last year, I probably wouldn’t have walked, makes graduation a symbol of grace for me. If I can achieve this, then I can achieve anything.”

We believe you will impact many Terrell. Congratulations on your graduation!